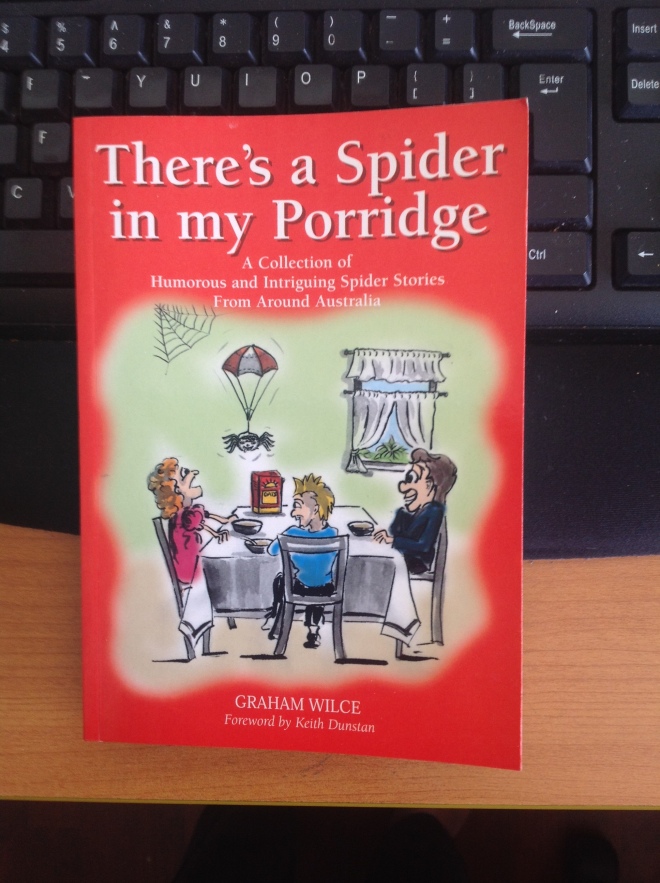 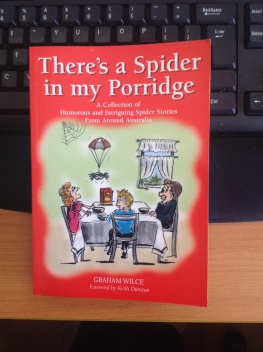 The first time I was genuinely published, like in a real book,  (okay, an anthology) happened in 2006. I was reading the local paper and this bloke, Graham Wilce, advertised, asking for spider stories to add to his anthology collection. I had a few and obliged him with one of them. It was short and sweet and I posted it to him somewhere in the Eastern States. Yep written by hand and sent by snail mail. Several weeks, or possibly even months later,  I received a reply. He not only accepted my story but asked if he could use my title as his title for the whole book. I said sure go ahead, who was I to say ‘Sure but I want royalty rights’! Nobody that’s who, besides the story took 10 minutes to write and he was more than welcome to those minutes. I was just excited he found my story so interesting.

He called me one day and a call from interstate was something pretty special to me at the time. Still is. Even a call from my own suburb is a pleasure. I know,  I’m digressing towards my life’s little pleasures. Anyway, Graham, yeah I can call him that now,  was pleased to tell me the anthology was almost complete and was excited that he found an illustrator, he called me a couple of more times to run a few things past me and eventually, I was sent a copy of the book. I ordered a few more to give one each to my children. Bless them if they ever read it. Bless them even if they didn’t.

So the front cover is not only my original title but the illustration also depicts my story. The only thing the illustrator got wrong was the father sitting there too, he had long gone to work by then. (Somebody had to go out and earn my keep.) Still, I was pretty chuffed with it all at the time. The first acceptance of a story I wrote into a real, hold-in-the-hand book! Imagine that! Albeit amongst about 130 other, possibly even better, spider stories.

The Book, along with my story, but not my will to keep on writing, seems to have disappeared into obscurity. The only link I can find is here, with the National Library of Australia. My story is on page 14. Woohoo!

I sent a copy to a half sister of mine in England (sadly she has since passed away) who had an arachnid phobia in a big way! (I think there’s a special word for us people scared of spiders, but I can’t think of it just now) I mean she had a phobia even bigger than anybody, myself included, that I had ever witnessed.  Anyway since I never heard from her again, like ever, (before she passed away, or after) I assume she flung the book in the fire and went screaming up the stairs to her room to hide under her bed for a week. I hope there weren’t any spider webs under there because that could be the reason I didn’t hear from her again. I can be such a bitch sometimes. 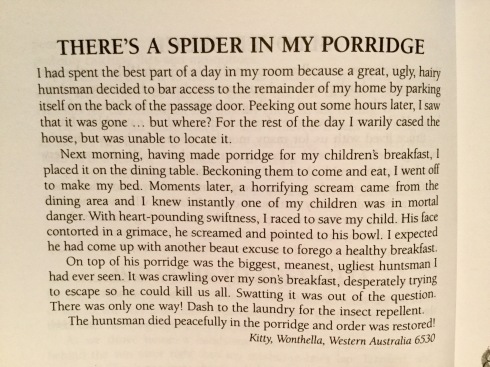 Its been quite a while since I blogged here, in fact its been a very long time since I’ve done much of anything book related besides looking after other peoples manuscripts. But today, I went through some emails and last year had submitted book 5 to Readers Favorite for a review. Noting ventured, noting gained. […]

Happy in letting you know that eBook five ‘HER HUSBAND’S HONOUR’ is available for you to pre-order from wherever you normally buy your ebooks. It will be delivered to your Ereader automatically after you order, on the 30th May 2020 so you can chill out for a few hours SMASHWORDS LINK AMAZON LINK BELOW

Hello, I’m testing the waters long after learning how important book covers are to readers. So I made new ones. Just for my eBooks, and as a trial only. Interested to see what I came up with? If I can get feedback on them I’ll know better where the new covers stand. Please take a […]